Planning to watch your next movie in a 4DX screen? Here’s an in-depth look at what powers the 4DX experience and what makes it so immersive.

4DX is a popular cinema format that allows you to enjoy supported movies beyond the visual and audio reproduction. This format targets the fourth dimension, which points to your senses. To that end, 4DX cinema seats are known for utilizing motion, wind, lighting and even simulated smell and snow to deliver a unique experience. These effects work in tandem with the ongoing scene of the movie you are watching. When you watch a snowy mountain scene in a 4DX cinema, you can feel the temperature drop and simulated snowfall in your cinema.

How does 4DX work?

There are 21 effects in total. Check them out in the image below. 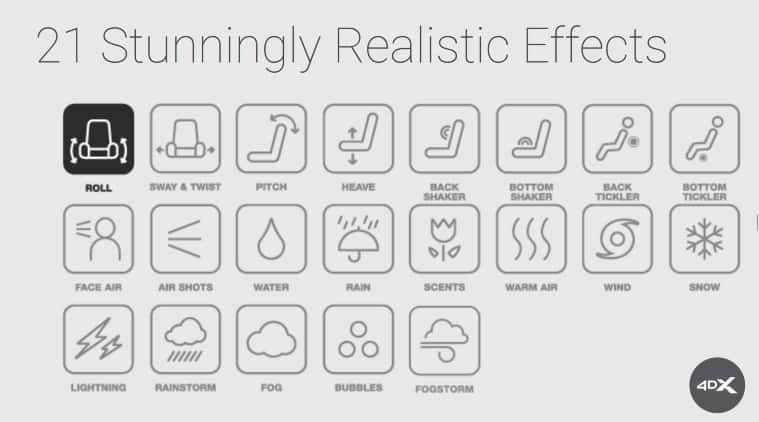 However, not all 4DX effects will be available in every 4DX theater. 4DX cinemas are divided into four categories – 4DX Prime, 4DX Pro, 4DX Standard and 4DX Economy.

With 4DX Prime and 4DX Pro you have all 21 effects, which is why these tickets will also be among the most expensive. Meanwhile, 4DX Pro will offer 12 effects, skipping effects like Face Air, Air Shots, Rain, Warm Air, Back Tickler, and Bottom Tickler. 4DX Economy is the most affordable experience with 10 effects including Roll, Pitch, Bottom Shaker, Scents, Rainstorm, Wind, Snow, Lightning, Fog and Bubbles.

UK to allow driverless cars on public roads in January

Admin - January 26, 2022 0
Happy Sunday from Software Expand! In this week's edition of Feedback Loop, we talk about the future of Windows Phone, whether it makes sense...

Mastercard Will No Longer Include Magnetic Strips On Cards

What is Nanotechnology And Its Types

TikTok is testing a new tipping feature for creators

Show HN: ResMaps – See who is viewing your resume are...

© Copyright @ Techeology - All About Technology