If you’re thinking it is heart emoji, then you’re wrong. However, it claims the second position in the list of most used emoji of 2021. In fact, according to data from the Unicode Consortium, the slightly smiling face isn’t even in the top 20. It’s down at number 28, sandwiched between “clapping hands” and “flushed face.” 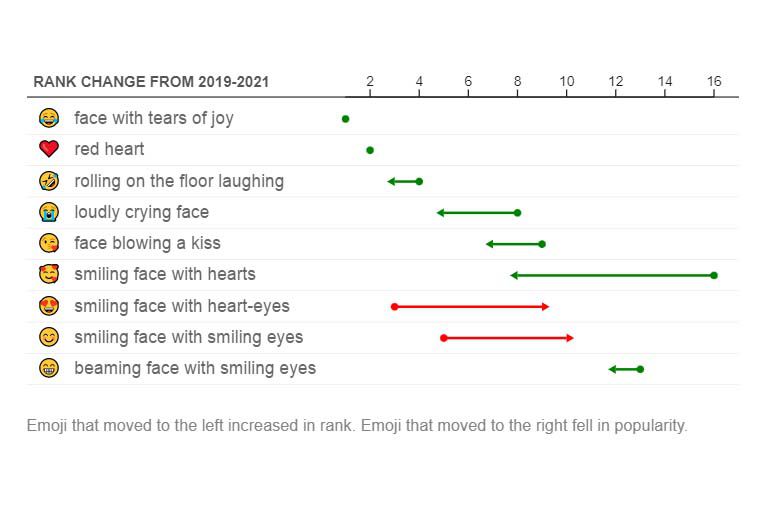 How the ranking of the top 10 emoji has changed, according to Unicode Consortium data.

Preeti Garg - November 30, 2022 0
Sony has unveiled Mocopi – a set of wearable motion trackers designed to bring metaverse to smartphones. Users of the new gadgets will find...

Indian apps with different approaches to ensuring peace of mind

PlayStation VR2: All you need to know

Project Cambria is Meta’s next major VR headset release, but what...